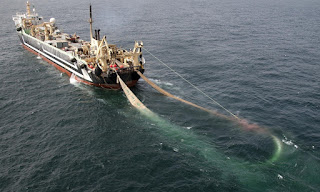 The drive to plant one trillion trees by 2030

From TIME Magazine, an announcement by Jane Goodall and Howard Benioff (excerpt): “By far the most cost-effective of all the big solutions to climate change is to protect and restore forests. Forests extract and store CO2 from the atmosphere and produce the oxygen we breathe. But these complex ecosystems have been systematically destroyed. We have already lost nearly half the world’s trees, most within the last 100 years. And most of the remaining trees—about 3 trillion—are still under threat, even though they are a critical tool in the fight against climate change. At this moment in time, massive fires have yet again erupted around the world, from California to the Congo Basin to the Amazon. Far too many of these fires are intentionally set because agricultural profits have been prioritized over the health of our planet. A call to stop deforestation is more important than ever before.” View of the Congo river, Odzala National Park Republic of Congo A new World Economic Forum (WEF) i
Post a Comment
Location: London, UK
Read more 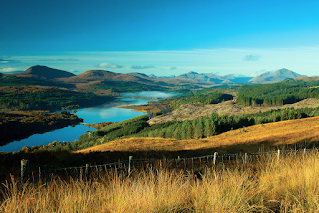 As a result of UK Freedom of Information requests, internal emails seen by The Ferret investigative blog have revealed that, in the run-up to an announcement by Shell last October that it was funding a new £5m tree-planting initiative, Forestry and Land Scotland (FLS) officials raised a number of concerns. In August 2019, Jo Ellis, FLS head of planning and environment, noted “I do think we need to be cautious about how we communicate this...I don’t want us to come across as falling for the greenwashing. The fact remains that mitigation work such as tree planting will not be sufficient to offset carbon emissions for the long term (we need to be reducing the use of fossil fuels).” “The tiny amount Shell is putting into green initiatives is dwarfed by what it is still spending on investigating new oil and gas reserves, and in blocking initiatives to set legally binding emissions reductions targets.” she added. “What we should actually be doing is reducing emissions – e.g. stop using petro
Post a Comment
Location: Fort William, UK
Read more

Why does earth smell so wonderful after rain ? 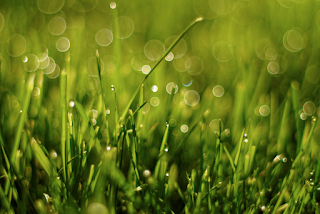 That wonderful smell that frequently accompanies the first rain after a long period of warm, dry weather is called Petrichor - a heady mixture of plant oils, bacterial spores and ozone. In 1964, two Australian scientists, Isabel Joy Bear and R. G. Thomas, determined that one of the main causes of this distinctive smell is a blend of oils secreted by some plants during arid periods. When a rainstorm comes after a drought, compounds from the oils—which accumulate over time in dry rocks and soil—are mixed and released into the air. In moist, forested areas in particular, a common substance is geosmin, a chemical produced by a soil-dwelling bacteria known as actinomycetes. The bacteria secrete the compound when they produce spores, then the force of rain landing on the ground sends these spores up into the air and the moist air conveys the chemical into our noses. Actinomycetes can be found almost everywhere and are often called "Nature's pharmacists". They are remarkable fil
Post a Comment
Location: London, UK
Read more

Pulling carbon dioxide from the air by farming 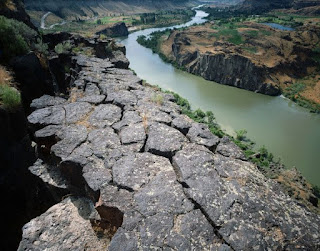 Exciting news as 'rock weathering' experiment pulls carbon dioxide from the air and boosts crop production by 12%. The Working Lands Innovation Center (WLIC) has been partnering with farmers, ranchers, government, the mining industry and Native American tribes in California on some 50 acres of cropland soil amendment trials and their experiments have yielded results that may be another important step in fighting climate change. ROCK CHEMISTRY Many processes weather rocks on Earth’s surface, influenced by chemistry, biology, climate, and plate tectonics. The dominant form of chemical weathering occurs when carbon dioxide combines with water in the soil and the ocean to make carbonic acid. About 95% of Earth’s crust and mantle – the thick layer between the planet’s crust and its core – is made of silicate minerals, which are compounds of silicon and oxygen.  When carbonic acid comes in contact with certain silicate minerals, it triggers a chemical process known as the 'Urey r
Post a Comment
Location: London, UK
Read more

When the taps run dry in England 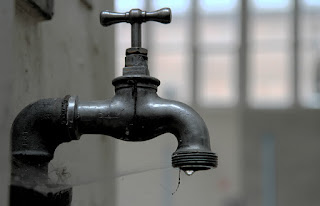 "There is a serious risk that some parts of England will run out of water within the next 20 years." The UK Commons Select Committee published a damning report today continuing “Some areas are facing shortages during the COVID-19 pandemic. The responsible bodies – the Department for Environment, Food & Rural Affairs (the Department), the Environment Agency and Ofwat – have collectively taken their 'eye off the ball' and urgent action is now required if we are to have a reliable water supply in the years ahead.” “Over 3 billion litres, a fifth of the volume used, is lost to leakage every day. Despite this, no progress has been made in reducing leakage over the last 20 years. The government’s weak efforts to encourage reductions in water consumption have achieved very little. Water companies have at least now been given tougher targets to make improvements, but we are calling for the responsible bodies to go further, and annually publish clear performance tables
Post a Comment
Location: London, UK
Read more 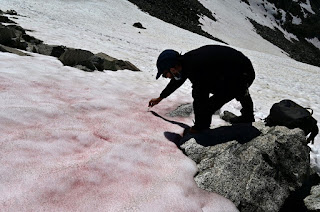 An alarming, yet beautiful new phenomena, has gripped both Alpine tourists and scientists alike - the appearance of pink snow on the Presena glacier in Italy.  Known as the “giant of the alps”, Presena sits 3,069 metres above sea level and is described as a paradise for all those who love nature, history and mountain sports. Situated on the border between Val di Sole and Valle Camonica, between Trentino and Lombardy, the glacier is part of the Presanella mountain group. A type of algae usually found in Greenland has started to grow there - and it’s turning the glacier pink. The plant, known as Ancylonema nordenskioeldii, is present in Greenland's so-called Dark Zone, where the ice is also melting. Despite its rosy appearance, pink snow is not good news on the climate change front. Usually, ice reflects over 80 per cent of the sun’s radiation back into the atmosphere. As the ice changes colour, it loses the ability to reflect heat, meaning the glaciers are starting to melt fast
Post a Comment
Location: London, UK
Read more
More posts